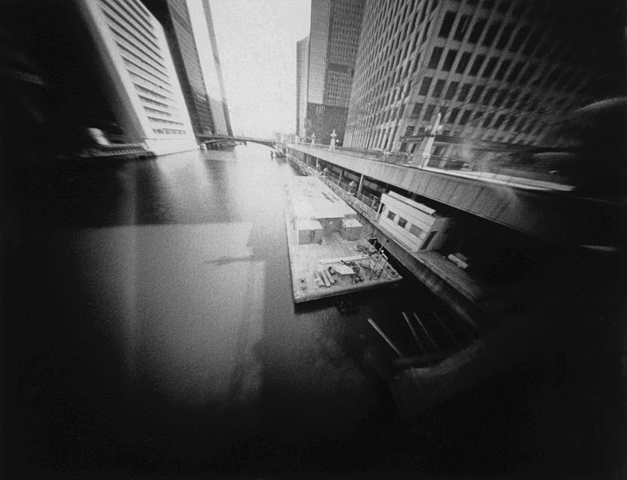 Welcome. I am an artist photographer. I live in Colorado these days. Most of the work here. for now. will be from my years in Chicago. Not all but most. Much of the work here is pinhole on ether film or Polaroid with some stereo and other work. It covers a time from about 1986 to around 2006 the last image from the old site is 2012. Most of the work has been physically exhibited in gallery’s and other venues. Most of this work exists as prints or can. As of this writing most of this work is from film, that's what we had then. This is likely to change as I expand the site. For print sales, licensing and exhibition please contact me through the site email address. As for the film/digital thing well I don’t really care. Once long ago in a conversation about the zone system a teacher of mine said to me “well if you want to photograph a gopher in a gopher hole...expose for the gopher.” I believe that I was complaining at the time that most of the zone system was common sense for most photographers. What do I mean by this? Well Film had it's own artifacts and workarounds. Things you had to know to make images you wanted. Sensors are no different they have artifacts and workarounds to get what you want from them. Film was nice. But a gopher is a gopher regardless of what you use to photograph it. What lies at the back of the box with a hole in it that is a camera doesn't matter as long as you know how to manipulate it to get an acceptable gopher.